On October 18th, 1994 officers of the Civil Police of Rio de Janeiro invaded several houses located in the favela Nova Brasília, a community within the “Complexo do Alemão”, under the pretense of serving an arrest warrant. During the operation, the police executed 13 people. They also tortured and committed acts of sexual violence against three young women, two of them minors. In order to avoid an investigation from being filed, officers claimed that those who were killed resisted arrest. 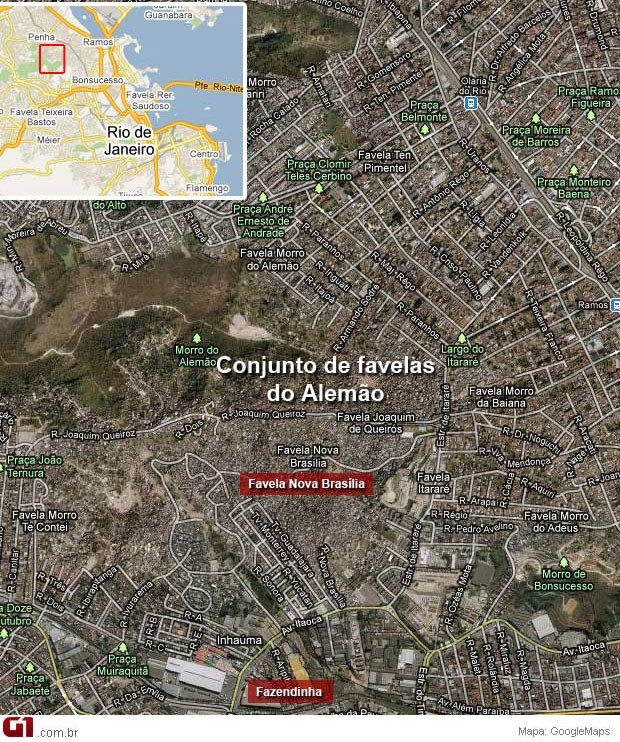 On May 8th, 1995, the Departamento de Repressão a Roubos e Furtos contra Estabelecimentos Financeirosa police department, carried out another operation in Nova Brasilia. The stated objective was to detain people allegedly involved in the arms trade. Police used firearms and deployed armed helicopters, spreading panic in the community. According to testimony from the neighbors of the house where the body of a young man was found, at least 8 of the 13 victims were executed despite having surrendered and begged for their lives.

Both police interventions resulted in the execution of a total 26 people. Additionally, three people were victims of torture and sexual violence. In both massacres, the bodies were moved from the crime scene, preventing the possibility of a thorough police investigation. Moreover, the ballistics analysis was not carried out within an appropriate time frame. Despite evidence that clearly pointed to executions committed at the hands of members of the police force, authorities involved in both the events and investigations continued to justify the violence as a necessary response to counteract clashes between the victims and the police.

Unfortunately, the case of Nova Brasília is not an isolated incident but a recurrent reality.From January 1993 to July 1996, 1,194 people were killed and wounded by firearms,resulting from police action in Rio de Janeiro. Between 2003 and 2014, police action in the state resulted in 10,634 homicides.